WHAT IS DELTA GREEN?

Delta Green is a contemporary secret organization, created by the U.S. Government following the covert raid on the town of Innsmouth, Massachusetts. The organization, which takes the name of Delta Green from a WWII-era security classification, is spearheaded by elements of the United States government.

The covert agency known as Delta Green spent four decades opposing the forces of darkness with honor, but without glory. Stripped of sanction after a disastrous 1969 operation in Cambodia, Delta Green’s leaders made a secret pact: to continue their work without authority, without support, and without fear. Delta Green agents slip through the system, manipulating the federal bureaucracy while pushing the darkness back for another day — but often at a shattering personal cost.

DELTA GREEN MEMBERS CHOOSE TO FIGHT BACK. They choose federal law enforcement. Choose the military. Choose NASA or the CDC. Choose lying to your superiors. Choose to ruin your career. Choose no friends. Choose divorce. Choose life through the bottom of a bottle. Choose destroying evidence and executing innocent people because they know too fucking much. Choose black fatigues and matching gas masks. Choose an MP5 stolen from the CIA loaded with lasers, with a wide range of fucking attachments. Choose blazing away at mind numbing, sanity crushing things from beyond the stars, wondering whether you’d be better off stuffing the barrel in your own mouth. Choose The King In Yellow and waking up wondering who you are. Choose a 9 mm retirement plan. (Boom. You’re retired.) Choose going out with a bang at the end of it all, PGP encrypting your last message down a securely laid cable as an NRO Delta wetworks squad busts through your door. Choose one last Night at the Opera. Thet choose Delta Green.

An acclaimed sourcebook for the famous Call Of Cthulhu tabletop role-playing game, Delta Green tells the story of the eponymous organization, a secret United States agency born of the Federal raid on Innsmouth, Massachusetts in 1929 and tasked to protect the country from paranormal threats. After an operation gone horribly wrong in Cambodia in the ’60s, Delta Green was officially shut down – but its leaders, aware of the things lurking in the cracks of reality, continued the fight illegally, stealing resources from the government, carefully picking new members from the federal agents community, and generally acting like rightfully pissed off Cowboy Cops in their battle against the supernatural. It would not be until the 1994 assassination of Major General Reginald Fairfield, Delta Green’s de facto leader, than DG would take up their current incarnation: a deeply hidden conspiracy in the labyrinthine world of the United States federal agencies, structured in semi-independent cells.

It’s kind of like Cal of Ctuhlu meets X-Files. Amusingly, though, Delta Green was published a full year before X-Files.

The tone of the book is even bleaker than standard CoC: where the basic game has investigators struggling against Mythos creatures and the cultists that serve them (and DG does include its fair share of battle against these forces) the primary adversaries are evil and/or utterly amoral humans that (attempt to) use the forces of the Mythos for their own benefit, and are becoming as amoral as them. The Stars are Coming Right, and there may not be anything that Delta Green, or anyone else can do about it … but they will be defiant to the end. 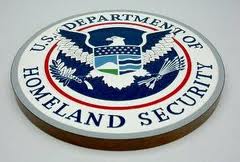 Rules for the teams are simple and direct . There are no guidelines for methods of operation or books of procedure. Each Delta Green agent knows there are 6 basic rules to be followed at all times.

RULE 1: Deny everything.
RULE 2: Don’t get caught.
RULE 3: Don’t leave evidence.
RULE 4: Use violence only when necessary.
RULE 5: Cover your tracks.
RULE 6: Make them believe a rational explanation for the bizarre or fantastic.

Delta Green will not legally aid the agents in any direct way that will jeopardize their secrecy or operations. Information is sent to agents on a limited basis.

Click here for more posts on this blog about “DELTA GREEN.”

THE STARS ARE RIGHT:

THE STARS ARE RIGHT Cancel reply

Its all about the games. RPGs, Video games, Whatever i am playing.

Bringing you the latest Announcements, Interviews and Reviews from the Gaming Industry

Look on my works, ye Geeky, and despair!

Yet Another D&D Blog

An estranged vent on the hobby called roleplay

We play games. We make games.